How to use a hydrocyclone: 5 things you need to know 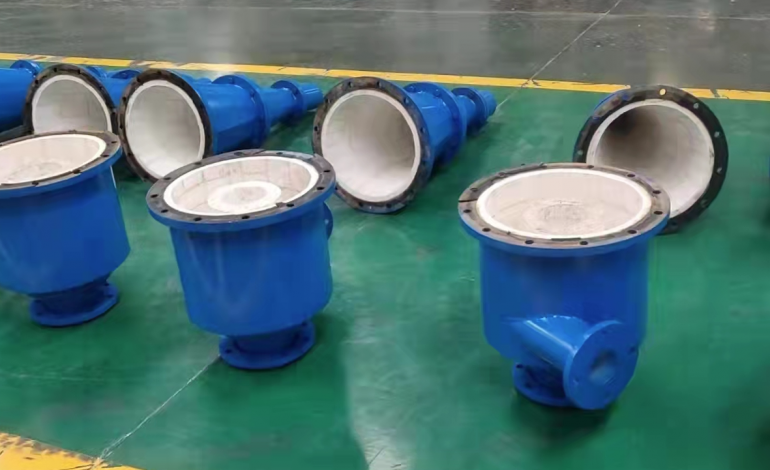 A Hydrocyclone is referred to as a cyclonic separator, which segregates products simply based on the difference in gravity with the solution. It aims for a specific element in its design to perform size-based gradation. Due to its inability to see what happens inside, here are 5 things you need to know before using them.

#The Inlet pressure of the hydrocyclone should always be checked

In order to determine the separation point, it is essential to observe the pressure at the inlet of the hydrocyclone. The separation point is that specific point that determines whether the particle will underflow or overflow. If the pressure is below the target pressure, then the d50 will be rougher than expected. On the other hand, if the pressure is higher, then it will send more fines into the underflow then d50 will be much finer than expected. In order to keep the cut point constant, the pressure should remain constant.

However, sudden changes in pressure should not be neglected as they indicate a change in the flow rate of the hydrocyclone. The causes of sudden changes may be due to failure of upstream equipment failure like a pump, damage or obstruction to Hydrocyclone. Issues with the sump can cause surging in the swings.

While fixing a Hydrocyclone’s performance, always look at the pressure gauge first in order to avoid dismantling the unit, as it may be difficult to do so.

#In order to change the separation point, you don’t always have to depend on pressure

As changing the pressure may not always work, there are three other ways to change the cut point of a hydrocyclone. However, these changes may not work once the hydrocyclone is installed. One among them is the hydrocyclone itself; you should aim to alter the feed.

However, it is not always feasible to do so in an existing Hydrocyclone, as altering the feed density will eventually affect the cut point of the Hydrocyclone. Density is directly proportional to the cut in Hydrocyclone. Higher the density, the coarser the cut.

Different applications in a Hydrocyclone target a particular density that fits their objective. If you are aiming for the same performance and there is a need for a change in the application, then the flow rate of the Hydrocyclone will change. Eventually it affects the hydrocyclone separation.

To ensure the same cut point, both the flow rate and tons per hour should be kept in proportion. Also, the internals and the number of Hydrocyclones should be adjusted to maintain the same pressure. The cone angle plays a significant role in the cut point of a Hydrocyclone.

Usually, for fine cuts with a Hydrocyclone, a cone angle of 10-degree is used. For a coarser cut, the angle is increased as required.

#A Hydrocyclone does not have any moving parts

Although practically, it is not evident most of the time that moving parts of Hydrocyclones are overlooked when troubleshooting. A Hydrocyclone consists of housing liners and assembly hardware. But there are multiple things that can go wrong with a hydrocyclone itself- they are neglected.

A Hydrocyclone operates at a designated pressure, which is provided by a pump. Anything that disturbs or affects the stability in the flow rate, as dictated by the pressure reading, will eventually affect the performance of the Hydrocyclone. A poorly designed sump can cause surges in the material. A poorly performing pump will always create issues with the hydrocyclones. On the contrary, a proper pump will always work in the long run to ensure the balanced performance of Hydrocyclones.

# Maintaining a high degree of separation efficiency, a hydrocyclone can be employed to generate a dry underflow.

A Hydrocyclone works with an air core that forms at the apex and elongates up to the vortex finder. The formation of the air core is more important than making separation, and somewhere, if it collapses, the efficiency of separation automatically drops. This is the reason why the idea of removing the air core completely from the Hydrocyclone is doomed to failure.

In a siphon-assisted Hydrocyclone, high separation efficiency is maintained, and the cut point is slightly coarse. However, the reason for this massive shift is numerous, but the most significant one is that it gets easier to see the change in the water split. The name itself depicts the idea of separating the water from the solids.

Although there is lower percent moisture in the underflow, still a Separator is able to effectively handle larger swings in the feed with minimal effect on staging. Apart from this, the separator also contains an underflow regulator that helps in eliminating the formation of air core and allows a set length of overflow pipes that helps in creating the siphon. The siphon helps in building the solids. When multiple solids are gathered at the spigot, and it is unable to accommodate the weight, then the underflow regulator will be forced open. A suitable operating separator will run on water without any underflow discharge.

#For the bypass process, there will always be some fines in the underflow

If the spigot is of a smaller size, then it will cause roping in Hydrocyclone, which will further decrease the separation of efficiency. On the other hand, too large spigots will increase the bypass of Hydrocyclone. To come out of certain metrics, a Hydrocyclone works best when the tons per hour are consistent.

On the other hand, the bypass in a separator is comparatively less because the siphon-assisted Hydrocyclone tends to remove the extra water and is less affected by swings. It is to be noted that the spigot size impacts the bypass fines.

Whenever you are targeting low fines in underflow, it is advisable to have multiple stages of Hydrocyclones if there is a noticeable amount of fines in the feed. This holds true when there is a huge amount of size fraction close to the cut point.

When to use a Hydrocyclone?

Now that you have a clear understanding of how to use a Hydrocyclone let’s learn where you can use Hydrocyclone effectively.

Used for the  recovery of fines

A hydrocyclone is used for its effectiveness in fine recovery as the pressure of the Hydrocyclone is higher. High pressure helps in capturing more materials as the centrifugal force on the particles is increased at angular speeds.

Used for feeds with consistent density

When solids content in the slurry tends to change, the effects can be directly seen in the underflow. The apex size controls the water split between the underflow and overflow. In most of the applications, the secondary goal is to minimize the water flow at the reporting.

When the size of the apex is not proper to the ratio of solids reporting, and the amount of solid is too large for the apex to handle, then roping and an increase in fines bypass happens to the underflow.

Roping is a condition that occurs in the underflow when the amount of solids is greater than the capacity of the apex. This results in the air core collapsing, and the hydrocyclone separation is no longer effective.

In these conditions, the solids in the slurry decrease, so more water reports the underflow, which eventually results in an increased amount of fines into the underflow.

Hydrocyclones are easier to use if you have proper knowledge of them. Knowing the cut points will help you with effortless play. However, we have incorporated useful tricks to use Hydrocyclone in this article. We hope you gathered useful insights on the use of Hydrocyclones.