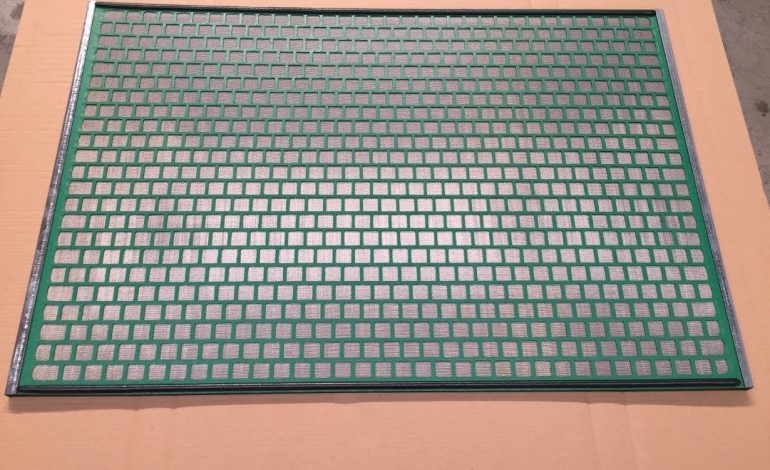 Shale shakers are the budding components of the solids control systems, which are primarily used in the oil and gas drilling industry. Shale shakers are effective in removing large solids away from the drilling fluid. They are the first phase of the control system on a drilling rig. The selection of the shaker’s screen affects the overall performance of the shale shaker. Therefore, it is evident to understand the factors that may affect the screen performance. However, screen shaker performance is majorly measured by Separation Performance which is the size of the solids removed, Liquid Throughput Performance which is the capability of the screen to transmit the fluid and service efficiency.

Category of shaker depends on motion

Shale shakers (Linear motion) – generally use two motors for vibrating in-phase separation. The structure of this shaker is typically plain and easy to maintain. Linear motion in the shaker provides superior cutting via conveyance and is able to work effortlessly at an uphill slope to ensure enhanced liquid retention.

The sudden changes in acceleration during the vibration phase tend to cause the screens to wear more quickly than ever until and unless close attention is paid to tensioning and providing screen support techniques. Metal backing plates with holes punched in them and various types of pre-tensioned screen panels were designed specifically for this purpose.

Linear motion shakers usually tend to operate at less than 4.0 G’s, normal to the screen, to provide balance to the screen life with the processing capacity. The finer screens, which generally run on the linear motion shakers cannot be anticipated to the coarser screens that were used in the past. The average service life of 100 hours is expected for screens finer than 100 mesh.

For efficient removal of bigger particles from drilling fluids, a shale shaker with elliptical motion (balanced)is commonly used. The relatively balanced vibration strength of the shale shaker reduces screen consumption and works effectively while drilling top-hole sections-where. However, heavy solids with high volumes are known to be present. In this shale shaker, if a difference in two motors (vibrating) occurs, then an unbalanced force is seen at the shaker. Since the structure of these shakers is more complex and differently designed, they are higher in price as compared to a linear motion shaker.

The change in acceleration with respect to direction results in longer screen life as compared to other patterns of vibration. Here’s what you need to know about shale shakers.

The screen life should be judged by its ability to remove the total solid effectively. Besides the cost of a screen replacement, consideration should be given to the costs involved in the drilling of mud dilution and waste disposal while concluding whether longer screen life is guaranteed at the cost of solids removal efficiency. In a weighted mud application-the, the economic benefits of effective solid removal often outweigh the additional cost of the screen.

Specific correlation is made between the screen composition and the practical life. Woefully, the features that lead to enhanced life are usually destructive to flow capacity. To reduce conductance heavy wires that have excellent tensile strength or adequate layers of cloth can be added.

While increasing support via an additional bonding area which is a smaller opening near the plate helps in eliminating the usable screening area. However, screen tension and support techniques have a significant effect on on-screen life. Therefore, the screen panels are typically designed to balance the performance of flow capacity with screen life.

Screen life is primarily dependent upon the flow line conditions.

The separation performance of any solid control device, such as a shale shaker screen, is typically represented by its percentage separated or grade efficiency curve. The curve is generated through experimental measures and predicts the percent solids.

The curve reports the screen’s probability of separating any particle size under a given shaker condition specific to the test. Grade efficiency is often considered the best separation method because it does not depend on the size of the feed particle distribution.

To characterize the efficiency of separation of shaker screens without any expense involved and time invested for full-scale testing; a method has been determined by the APR. Through this technique, you can link the relative separation performance to the volume equivalent distribution of their opening size.

When the cumulative volume of these ellipsoids is plotted as a function of spherical diameter, then it yields a curve that correlates with the standard grade efficiency curve. This curve effectively dictates the “separation potential” of the screen. As the screen’s separation performance cannot be measured directly, the word “potential” is used.

The idea of a mesh involves sorting and holding up mesh webs, holding up metal grids, frames, etc. The difference in materials in the screens results in price fluctuation and quality. The size of an individual mesh is conclusive for the separation process.

Generally, the markings on the screen indicate the number of cells per linear inch and are often referred to as the “mesh” number. Since the table offers both square and rectangle cells, the mesh count is given in x and y directions. Taking the number of mesh, you can identify what kind of mesh fabric will be considered. For example;

API specifies that a complete mesh description includes micron-level details such as wire diameter, wire breadth, and cell area. In addition to this, the mesh count can be used to determine the solid phase. For your consideration, let’s take an example:

When shales and clays are combined in solution, they refer to the colloidal phase with a particle size of fewer than 2 microns.

Square meshes are usually used in the process of reconstitution. However, rectangular meshes are taken into consideration to avoid clogging in comparison with square grids, the area of ​​the cells increases in rectangular grids. In addition, the particles are easier to sift through the rectangular mesh when the particle size coexists with the mesh size of the canvas.

The ideal choice of meshes can be considered when more than half of the mesh on the vibrating screen is sheltered with drilling mud, and the rest is filled with split drilled cuttings.

Webs that have small mesh size, or have solutions with a high relative viscosity, can result in clogging of the meshes. Due to this, a liquid film forms on the cells, which obstructs the free passage of the drilling fluids and eventually results in the deterioration of the separation process. Therefore, in order to avoid clogging the cells, it is always advisable to use a multi-layer web.

Using the mesh count and wire sizes of the screen cloth, conductance may be determined (a process known as Conductance Calculation). You can also handle multilayer screens with the conductance equation. For each screen, the inverse of conductance is equal to the inverse of the overall net conductance. This improvises that the screen layers that are used in the composition are designed to always remain in contact.

Screens used in the oil industry are reinforced by being attached to a metal or plastic grid with perforations. This step further eliminates the possibility of any usable area through which fluids may pass. On the other hand, it is well-known that certain metal backing plate designs limit the percentage of the screening area that can really be put to use. When comparing the mud processing capacity of a shaker screen panel, the unblocked usable area must be considered as conductance determines the screen flow capacity per unit area.

Shale shakers are very effective in drilling purification systems. They form the base of drilling fluids. We hope from this article you have got the basic understanding of shale shakers and their functionality.